"'Come See Me' … a record that sounds like a raw, thoughtful sort of country music, just not the kind that comes through the radio." Houston Chronicle 3/26/19

David Ball brings up sound time and again when talking about Uncle Walt’s Band, the beloved South Carolina trio he played in for much of the ‘70s. The group was a roots music anomaly at the time, falling in line with no trends of the era — the string-laden Nashville sound nor the ragged, Texas-influenced outlaw thing. Rather Uncle Walt’s Band swung back in time when country music was dance music, a sort of Hot Club of France reimagined with gorgeous three-part harmonies.

“It’s interesting thinking back on it now,” Ball says. “Because there were a lot of struggles. Making things sound right. Finding ways to take the songs on our records and make them work in front of a crowd.”

Ball has sound on the mind because Uncle Walt’s Band’s debut album — released independently in 1974 as “Blame It on the Bossa Nova,” and re-released a few years later as “Uncle Walt’s Band” — is being reissued this week. The album is a fascinating listen decades later, a bellwether of sorts for the intricate sort of pop-minded Americana that has been embraced over the past two decades. Various folk-minded indie-rock clearly sprouted as leaves on branches of a tree that led back to a band Ball formed with singer/guitarist Walter Hyatt and guitarist/fiddler DesChamps Hood years ago.

“This new record sounds really good,” Ball says. “We struggled to get the sound right when we released it the first time. There were times we sounded like the Chipmunks. But what we wanted to do was capture the sound of this band acoustic and as it was, and not at the mercy of a sound man. Where you could hear the instruments and the voices.”

Austin instead of Nashville

The group formed essentially in a basement in Spartanburg, S.C., which might be why the intricacies of its sound were so pronounced. The three musicians worked in such close proximity that each couldn’t help but listen closely to the other two. Hood was a renowned guitarist in Spartanburg then, and he and Hyatt had a band together. Ball would go see them play at a local Italian restaurant, thinking about what he could bring to their harmonies. He learned to play stand-up bass, and ended up in the band.

Uncle Walt’s Band gave Nashville a shot, but it didn’t stick. The group had caught the ear of the great Texas singer and songwriter Willis Alan Ramsey, who encouraged them to give Austin a go. Texas proved a welcoming environment, especially because the trio had learned to take the intricacies of its music and project them in a big, broad way. Ball says the band was comfortable with a muted approach when opening shows for players like the legendary folk singer Doc Watson. But when Uncle Walt’s Band found itself opening for Marshall Tucker Band, it had to make modifications.

“Putting the record across live was a challenge,” he says, laughing. “I remember seeing Bill Monroe and the Stanley Brothers with just two big mics on stage. That was it. And I love that format. So this music from the basement, this mid-tempo music, with beautiful harmonies, we had to find a way to make it work four nights a week in the clubs. Otherwise it wouldn’t go over. I’m not sure Uncle Walt’s Band was intended to be a bar band. But it’s what we had to do.” 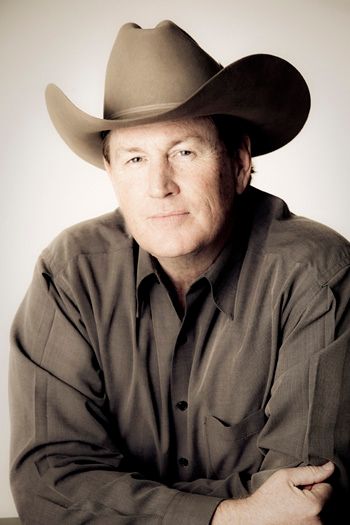 Last year Lyle Lovett — a longtime Uncle Walt’s admirer — told me, “What I remember is just how big they sounded, even though it was only three guys.”

Ball describes Uncle Walt’s Band creating a scene of its own.

“It’s funny, we were living in Austin and playing regularly in Houston but I completely missed the ‘Urban Cowboy’ thing,” he says. “It was right there. I was totally unaware. We had our little thing, and that’s what we did. We explored anything that caught our ears.”

The group’s vocal and instrumental prowess created gorgeous architecture around Hyatt, a songwriter of great depth who effortlessly melded elements of swing, country, soul, blues, pop. Hyatt could’ve become a star in Nashville if only the city’s music industry machinations were calibrated for developing novel talent rather than replicating prior successes.

“Walter wasn’t aware of different ‘kinds’ of songs,” Ball says. “He was a bona fide folk singer but he didn’t let that define what he did. He was always just deep into the idea of a song.”

Beloved in Texas, particularly, Uncle Walt’s Band never cashed in on its sound and eventually splintered. Ball headed back to Nashville and enjoyed some hit songs as a solo artist. Hood became a pillar in Austin’s music scene. Hyatt made two beautiful records that proved just too different for country radio. He died in 1996 in the ValuJet crash in Florida. Hood died of cancer in 2001.

Ball was the youngest member of the band. He’s 65 today, and though he still resides in Nashville, he’s largely given up on country music radio. He released “Come See Me” last year, a record that sounds like a raw, thoughtful sort of country music, just not the kind that comes through the radio. Decades later, he’s returned to the sort of independent approach to music that he took in the 1970s.

And as the last member of Uncle Walt’s Band still standing, he’s quite appreciative about the new light put on that band’s limited recorded output. The record label Omnivore is among a handful of boutique record-making entities that feels moved toward preservation and presentation, treating old recordings with reverence that may have missed them during their day.

This time last year, Omnivore released an Uncle Walt’s Band anthology. And this month the label is putting out “Uncle Walt’s Band,” with a bunch of extras, including early demos of some of the songs.

And while Ball has his own career to think about, he also enjoys looking back to that first band that migrated from South Carolina to Nashville and then to Texas, picking up a dedicated cult audience along the way. Decades later, listeners can play “Uncle Walt’s Band” and hear the influence play out on years of subsequent music.

That brings Ball to Houston this weekend, where he’ll play a show with fiddler Warren Hood, DesChamps’ son, and Marshall Hood, Deschamps’ nephew — the closest we can get to an Uncle Walt’s Band reunion.

Last year Warren Hood marveled at his father’s old band, which started when he was just a kid.

He pointed out the trio’s affinity for all manner of music: folk, jazz, country, blues, soul, bluegrass.

“Nobody sounded like them,” Hood said, “before or after.”